In 2016 I traveled to Barcelona twice in the time frame of about 2 weeks. The first time I met up with a fellow dietitian Adriana Duelo at Flax and Kale for a leisurely lunch (because even business lunches are leisurely at 2PM in Spain).  During this time I got the opportunity to learn more about AD, including why she became a dietitian, her hobbies outside of work, what she loves about her home country, and more. Read below for a short story about this knowledgeable, kind-hearted dietitian and her specialization in DAO deficiency. 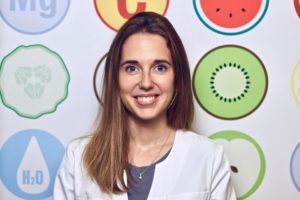 Adriana, like myself, loves to travel. One of her favorite trips was to Iceland in the Summer of 2016. How can one not love a country where the horses are not only wild but are direct descendants from the horses the Vikings brought over from Europe?! From tectonic plates to grassy volcanoes and the hot springs (no forests- but hey- no mosquitos either!) Iceland appears to be an outdoor adventure we all should at least consider going on. I have actually never been (yet) to Iceland, but after I heard that there are NO McDonald’s I moved it up on my travel-to-be list. Actually, I think it is the Northern Lights that are responsible for the upgrade, but the lack of golden arches is not far behind.

Adriana, also like myself, enjoys dancing and takes Jazz classes two times per week. I felt as though AD and I had known each other for far longer than the 10 minutes that had passed by since we had first met at the corner table of this fabulous restaurant owned by Teresa Carles. That seems to happen among us dietitians. We meet, we eat, we go back minutes that feel like years, in a good way. 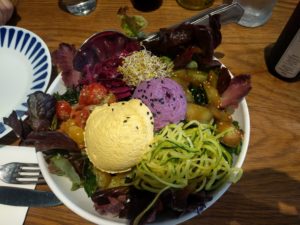 Also similar to myself, AD had a different idea in mind when she was thinking about what she wanted to do for a career. Her first plan was to study interior design. At the time AD was thinking about kitchen cabinets vs. open shelving it was the year 2007- the appetizer to the financial crisis. Leave it up to Mom and Dad to suggest a different career path; one that also involved tableware, but more about what was placed on the plate instead of its design and shape. Her parents are very wise for the dietetics/nutrition career has a projected percent growth in employment of 11% (2018-2028), which is much higher than the 5% average.  So AD decided on a degree in Human Nutrition & Dietetics, and she lived happily ever after with it.

But wait! There is more to the story.

It was her final assignment in her last semester at school: to find or create a specific “project” in which to take on. How freeing.  At this time her Dad had been diagnosed with DAO deficiency, so as timing would have it, he was her first patient and her school project.

DAO deficiency is an “alteration in the metabolism of food histamine that appears when the Diamine Oxidase (DAO) enzyme activity is low.” 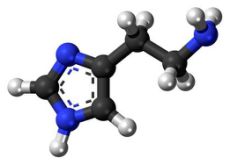 What is this histamine you, my reader, ask? Histamine is a molecule derived from the essential amino acid histidine. Histamine is involved in various activities including blood circulation, the secretion of hydrochloric acid in the stomach, allergic and inflammatory responses. When an individual is DAO deficient histamine will build up in the body and cause some unpleasant symptoms such as:

There are two kinds of histamine; endogenous (made naturally inside the body) and exogenous (from outside of the body- ie food). Below are some of the foods that either contain histamine or trigger its release endogenously. 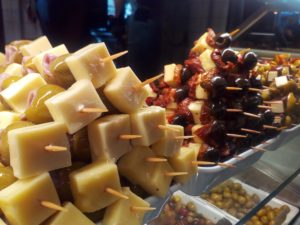 While this may seem like a hard pill to swallow (no vino is Espana?!) Adriana and her team are equipped to help clients navigate through their symptoms towards an individualized plan that works for them. This oftentimes combines dietary modifications with the occasional DAO supplement before a histamine heavy meal, (finally, a pill that is easy to swallow).  After all, AD too is DAO deficient and isn’t deprived of a glass of Cava with mochego curado cheese.

Adriana has lived in Barcelona all of her life. She loves the weather in Spain. While this may sound like LA talk to a New Yorker,  Spain really does have a lot of sunny days (without the smog); as many as over 300 days a year with the most sunny days shining across the southern coastline.  She also loves the people. AD explains that the people from the North of Spain are said to have two faces- one for being very serious and one for being very open-minded (hey- work hard, party hard).  Finally, last but not least, she loves the food ( you saw it coming)! The bread, the tapas, the Spanish Omelette (tortilla). Like I said, AD and I go way back, in dietitian theory at least.