Skip to Content
Home IN2 Updates Greece To Pagkaki Athens, Greece
by 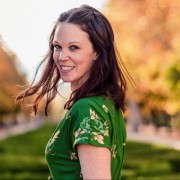 The sun had set and the smell of cigarettes filled the air. They had arrived in Athens

“We have to go to To Pagkaki,” she said. Her eyes were glazed and serious, her lips supple and stained red. He knew she was determined, and had no idea why.

“How do you know about To Pagkaki?” He asked, intrigued by how she found such a place on the ancient mainland.

“I have my ways,” she said with a sly wink and a tilted smirk.

The truth was she had an old soul with a young heart packed tightly with a curious mind into a flexible body, sealed with a strong yet malleable backbone, like that of bamboo. She was firm enough to withstand the stress that would inevitably invade her home.

To Pagkaki was not just a cafe, it was a movement. She read about it in Travel and Leisure magazine prior to her take-off to Paros. She was in awe by the youth empowerment to create their own jobs at a time when the government was not doing their job.

It was a Tuesday night. She spotted an empty table near the open window. It was the first time he had seen her wear her professional hat as she played part guest, part investigator, part journalist. She was the only thing glowing in the dark streets of Athens.

Between the Baby Tapas and the Sandwiches she opted for the Sandwich with Sausage. He was surprised, but assumed that she missed her home food and was having a case of nostalgia. It was a rare case, and he felt honored to be in the presence of it.

She didn’t speak much and seemed to be in her own world. She insisted on paying, and it was the most serious he had ever seen her. He guessed she felt the the strongest when she put her money where her mouth was and where it suits a movement that was by the people and for the people. He backed down and let her have her way.

“Did it take your voice away?” He asked

She laughed and said, “it reminded me of home.”

He made a mental note never to forget what she just said.

Article that inspired the visit:
http://www.travelandleisure.com/culture-design/athens-cultural-revival